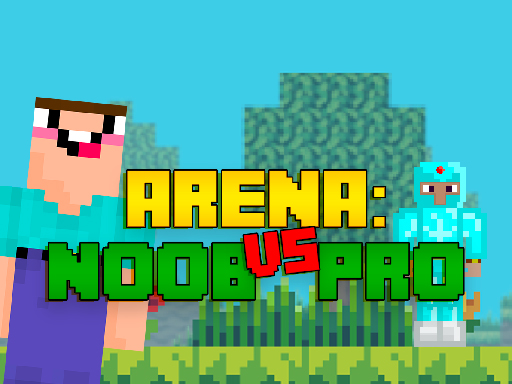 Welcome to the Arena: Noob vs Pro! To become a pro, rake your way through unpredictable arena encounters packed of turns and twists!

Enter the arena for Arena: Noob vs. Pro and demonstrate your abilities as a team player! You must give your squad your all during this game. This is an environment where everyone is out for himself. If you put in a lot of effort for your team, you'll win!

This is your chance to fall short, pick up the fight again, and fight all the way to the end. In this arena game, two teams of four fighters will each assault the other. The challenging aspect of this game is that you are forced to spend one and a half minutes in the arena as eight different warriors. For the duration of the timer, you must engage in combat with one another. In the interim, you risk dying if you are assaulted or if your energy runs out. But do not fret. You'll come back to life in three seconds. The number of times a team knocks down a player from the opposing team in the allotted time determines the outcome. If you kill more people than your opponent, you will triumph. You can freely unlock new skins, weapons, and surprise chests with the diamonds and cash you earn. Utilize your gains to raise your attack power, damage, and health. Work hard for your group right now and fight to the finish to take the victory!