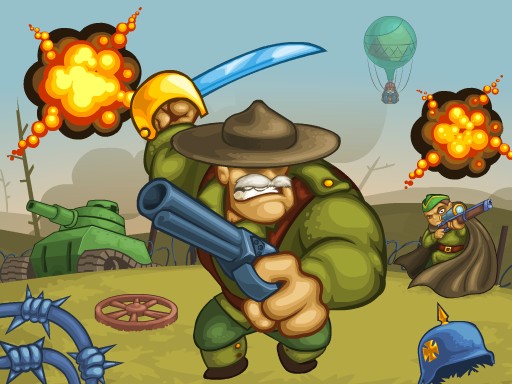 In the thrilling 2D shooter game "Battalion Commander 1917," which is based on the First World War, you control a group of soldiers and must eliminate any enemy that stands in your way. Cover as much ground as you can, overcoming several enemy barriers and dismantling hostile armored vehicles. Eliminate entire infantry units while dodging the incoming bullets. Your job is to free captured soldiers who are being held captive in cages. Increase the number of your army and strengthen your fighting capacity!

The most intimidating commander on the western front is all-in! As you improve your own abilities, gear, and troops, you can save your soldiers, amass a formidable force, and defeat the other army.