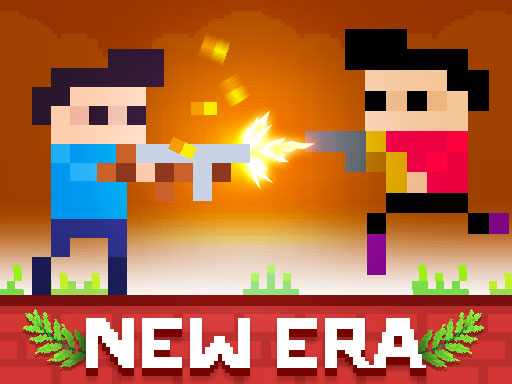 Your castle is constantly under attack! You'll have to defend your stronghold with increasing ferocity against invaders, or rather against THE invader, who will almost always be one of your friends! Indeed, two players will be able to combat on the same computer, with the goal being to exterminate your opponent by employing a variety of weaponry dropped by plane in crates. Each fortress also includes a stationary cannon that may fire lethal projectiles into the enemy's camp. Two new game modes are included in Castle Wars: New Era. Players will be standing on a small platform in the Mayhem mod and will have to participate in a merciless shooting duel.