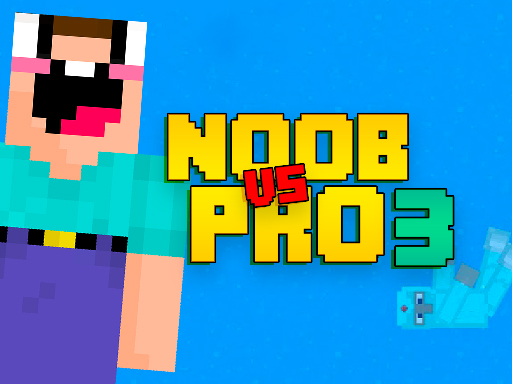 Noob Vs Pro 3 is a newest game that you should not miss. The official "Noob versus Pro team" has created a new 2D funny mine game called Noob Vs Pro 3! The stick tsunami was generated by the Hacker and the Pro, and the Noob was washed away. Noob is addicted to the mine games and does not want to go to spawn, despite the efforts of Craftman and Noobella, who are attempting to assist Noob.

Accumulate bonus points that will enable you to invest in a large number of upgrades and move a bit further with each playthrough while experiencing the most entertaining cinematics.