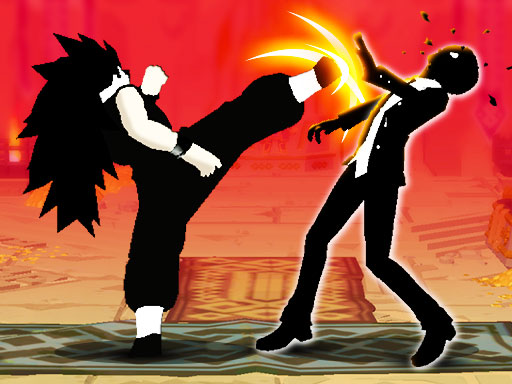 Shadow Fighters Hero Duel is a fighting game with eight amazing characters, a plot, and a two-player mode. On the same local computer, challenge your friend and find out who is the stronger fighter.

The Shadow Fighters Hero Duel has just been held, and the fighters trained in the shadows have been getting ready for it. These combatants can compete even in the dark. They possess both talent and strength. Eight fighters will compete for this title. Which of the combatants is your choice? The bouts will take place in several locations. Both single player and two player modes are available. In story mode, you can also battle against several opponents. The championship fight may now start!