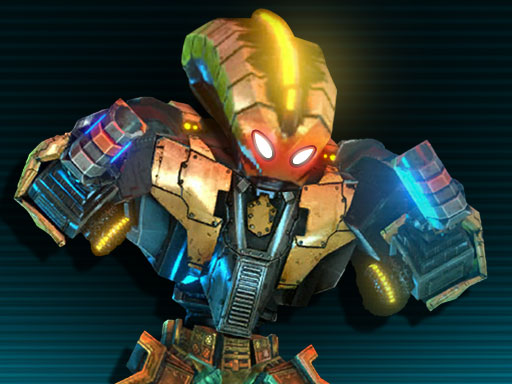 This is the ultimate Robo fighting game in 3D, and it's called Ultimate Robo Duel 3D. It is a thrilling, action-packed robot fighting game for two players in which you take control of mech fighters in an effort to become the undisputed world champion. Enjoy yourself while playing this game and win against the other players. You will have the impression that you are actually competing in the arena thanks to its authentic sounds, effects, and atmosphere.

You have access to a highly developed fighting robot that can kick your adversaries. Employ your skill to select the appropriate blow, complete combos, amass super attack power, and finish off your opponent with a single shot. Earn money by winning battles, which you can put toward the purchase of new robots. Because every one of these robotic fighters has a unique set of attacks and capabilities, you shouldn't wait any longer to begin competing for the amazing prizes and purchase every one of the available fighters. You can also test your skills against another player in the local mode by challenging them to a match using any of the available robots.

Controls are as follows: WASD for movement (including jumping and crouching), FG for punching, H for a special attack, T for shooting, CV for kicking, and B for grabbing.